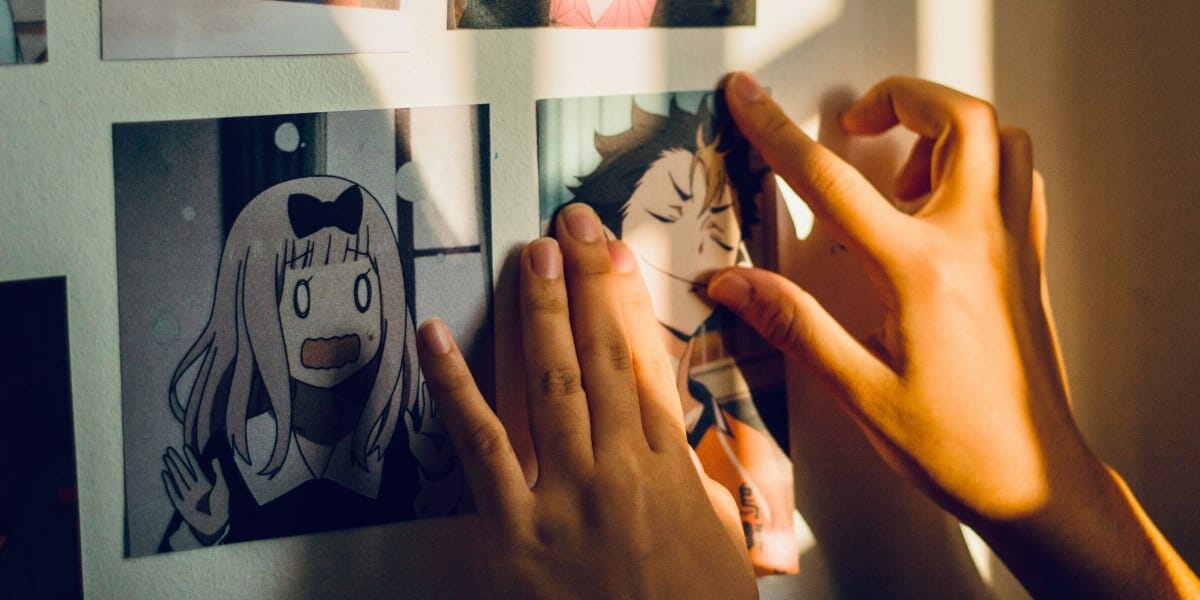 Anime is the Japanese animation genre and is insanely popular worldwide. Anime is loved by every age group, and this anime list has something for everyone. From action and romance to comedy, fantasy, and drama, anime has it all. In this blog post, we’ll take a look at some of the best anime of all time. Keep reading to learn more!

Today, we are going to present you with the best anime of all time. These are the anime that have the most fans worldwide.

Contents Show
Top 10 best anime that you must watch.
How to get started watching anime?
Let’s give you our list of top ten anime.

Top 10 best anime that you must watch.

It’s no secret that anime has taken the world by storm. The popularity of shows like Attack on Titan, Naruto, and Fullmetal Alchemist has led to a renewed interest in the medium, and there are now more people than ever who are eager to check out some of the best anime the genre has to offer.

If you’re one of those people, then you’re in luck. In this article, we’ll be counting down the ten best anime of all time. From classics like Akira to modern hits like Death Note, there’s something for everyone on this list. So, without further ado, let’s get started.

Read also, The Best Survey Sites Everyone Needs to Know

How to get started watching anime?

Watching anime is all about momentum. Once you start watching anime, you’re often hooked. Once you put in the effort and time it takes to watch each episode, you’ll start craving more.

Let’s see how you choose the perfect anime.

Start by finding an anime that looks interesting to you.

If you’re just starting out, one of the best things you can do is look for an anime that looks interesting to you. It’s usually best to find a show that interests you and fits your mood, rather than trying to find something that you think will be interesting. You may have to do some research to find an anime that you like, but once you find one that you like, you can start watching it.

Once you know which anime you want to start watching, you should decide how you want to watch it. There are many different ways to stream anime online, including Hulu, Netflix, Crunchyroll, Amazon Prime, and YouTube. If you’re new to anime, it may also be worth starting by reading manga. Manga are Japanese comics that often depict the same story as anime, but with a completely different feel to them.

Watch a few episodes to get a feel for the show.

You can find a wide variety of anime to watch on platforms like Netflix or Hulu. Watch a few episodes to get a feel for the show.

Anime are great for anyone who enjoys Japanese animation. There are many episodes, so it’s hard to commit to something you don’t like. Some shows are more for adults, while others are more child-friendly.

Watch a few episodes to get a feel for the show. The last thing you want to do is commit to something you don’t like.

Don’t be afraid to jump into the middle of a series.

One way to get around this problem is to try a series in the middle. You should try series that have a lot of positive reviews but don’t have very many of them. This will give you an idea of how good the series is. It will also showcase the series more clearly, without the bias of the reviewers.

There’s a clear difference between anime and anime. Anime is a Japanese genre that was created and gradually gained popularity worldwide. This genre is of interest to adults and children, young and old, for a variety of reasons. Anime is a powerful means of artistic expression. It reflects Japanese traditions. And it has a deep philosophical foundation.

Anime contains several subgenres. This genre includes, for example, Japanese animation. It typically features rich worlds that you can explore. And it allows you to meet many interesting characters.

Use online resources to find new and interesting anime to watch.

There are tons of available online resources for finding new and interesting anime to watch. While some might be better than others, there are a few things that you can look for in order to find the best.

Finding good anime to watch doesn’t have to be difficult. There are plenty of resources that you can use in order to find new and interesting anime to watch.

One of the best resources that you can use for finding good anime to watch is the internet. There are plenty of websites that are dedicated to anime.

There are also plenty of online communities dedicated to anime. These communities allow you to browse movies, shows, and more in order to find new and interesting anime to watch.

YouTube is also a great place to look for new and interesting anime to watch. There are plenty of people uploading new videos each day, showing all of the new and exciting anime hitting the market.

Whether you’re looking for new and exciting anime to watch, or you want to find more series that are similar to your favorites, there are plenty of resources that you can use. The internet is full of anime, and there are plenty of online communities that allow you to search for and discover new shows.

Let’s give you our list of top ten anime.

Anime has been around for a long time, but it has only recently become popular in the Western world. If you are new to anime, you may be wondering where to start. There are so many different anime titles that it can be overwhelming to choose one. That’s why we’ve put together a list of the top ten anime for you to watch. We’ve included a mix of classic and modern titles, so there is something for everyone.

Attack on Titan is one of the most popular anime series among fans all over the world. It has received widespread acclaim for its amazing storyline, captivating characters, and beautiful animation. The story focuses on the last remnants of humanity in a world dominated by an immense wall.

Nothing is beyond the wall, which has led to humanity’s downfall. When Titan appears, humanity fights back against all odds. The series features a large cast of characters, including Eren Jaeger, Mikasa Ackerman, Armin Arlert, and Levi.

Anime fans rejoice – Darker Than Black is widely considered to be one of the best anime series of all time. This dark and gritty show tells the story of a world where Contractors – people with special abilities – carry out missions for the Syndicate. The main character, Hei, is a Contractor who works as an assassin.

Samurai Champloo is one of the best anime out there. It’s a must-watch for any fan of the genre. The story follows Mugen, a wild and undisciplined swordsman, and Jin, a ronin who is on a quest to find the samurai who killed his father. The two unlikely companions end up teaming up to find the samurai.

Along the way, they meet Fuu, a young woman who hires them to find the samurai. The three of them have many adventures along the way. The art style is unique and the characters are well-developed. The story is very well-written and the action is awesome. If you’re looking for a great anime to watch, I highly recommend Samurai Champloo.

Fullmetal Alchemist is one of the best examples of an anime that has stood the test of time. It was first released in 2003 and since then, it has become one of the most popular animes of all time. The story follows the journey of two brothers, Edward and Alphonse Elric, as they search for a way to restore their bodies to their original form.

The anime is set in a world where alchemy is a real science and is used by people in their everyday lives. The Elric brothers use alchemy to try and bring their mother back to life, but things go wrong and Edward loses his arm and leg as a result. Alphonse loses his entire body. The two brothers then go on a journey to find the Philosopher’s Stone, which they believe will be able to restore their bodies.

Fullmetal Alchemist is an action-packed anime with a great story, interesting characters, and amazing action scenes. It is a must-watch for any anime fan.

Ghost in the Shell.

Ghost in the Shell is one of the best examples of an anime that has withstood the test of time. It’s a cyberpunk classic that has influenced a whole generation of science fiction stories. The story is set in a future world where technology has advanced to the point where people can have cybernetic implants that enhance their abilities. This world is also plagued by crime, and the government relies on a special task force to fight it.

This task force is led by Major Motoko Kusanagi, a cyborg who is one of the best fighters in the world. The story follows her and her team as they try to stop a terrorist organization that is planning to destroy the world’s computer network. Ghost in the Shell is a great anime because it has a complex story, interesting characters, and amazing action scenes.

Naruto is one of the best anime out there. It has all the elements that make a great anime: great characters, an interesting plot, and amazing action scenes. It also has a great message about never giving up on your dreams, which is something that everyone can relate to. If you haven’t seen Naruto, then you’re missing out on a great anime.

Death Note is a Japanese manga series written by Tsugumi Ohba and illustrated by Takeshi Obata. The story follows Light Yagami, a high school student who finds a supernatural notebook that allows him to kill anyone whose name he knows. Death Note became popular quickly after its release, selling more than 30 million copies in Japan. The series has been adapted into an anime television series, a live-action film, video games, and a stage musical.

Death Note is widely considered to be one of the best anime ever made. It is praised for its unique premise, complex characters, and psychological themes.

Re: Zero − Starting Life in Another World.

Re: Zero − Starting Life in Another World is one of the best anime I have ever seen. It’s a story about a boy named Subaru who is transported to another world and has to start from scratch. He meets new friends and faces new challenges along the way. The story is very well written and the characters are very likable.

The animation is top notch and the action scenes are very well done. If you are a fan of anime, then you should definitely check out Re: Zero − Starting Life in Another World.

One of the best ways to pick a good anime show is to look for one that has high ratings. This is a good indicator that the show is popular and that people have enjoyed watching it.

Another tip is to look for a show that has a recent release date. This is a good indicator that the show is relevant and that people enjoy it.

We hope you enjoyed our list of the top 10 best anime. There are so many great anime titles out there, it was hard to narrow it down to just If you haven’t seen any of these, we highly recommend giving them a watch. And if you have seen them, maybe it’s time for a re-watch!